Enticing the mind to think.......
​one story at a time
Thought Theatre
Our mission is to provide the community with thought provoking theatre. We use scripted plays, spoken word, music and visual arts to create performances that are provocative, have high production values and lead the audience on journeys that stimulate the appreciation of the art of theatre while also enticing the mind into a deeper thinking process about issues and ideas raised in each particular production.

The tag line for the theatre is "enticing the mind to think, one story at a time."

The final performance of each show is followed by a talkback session with the actors and director about issues raised in the production. This, inevitably makes the audience feel as if they are a part of the show, which, in fact, they are.

The company has a season of at least four productions. Thought Theatre does at least two scripted plays from the published catalog of theatre pieces and then two original works using material from the local artistic community of writers, musicians and artists.

Thought Theatre is expanding its outreach by taking theatre out into the community by partnering with other businesses such as coffee houses, libraries and bookstores.
We are back for Season 4 Streaming LIVE.......
Join us for our Fall Production as we participate in the
​2nd Annual NEA BIG READ


If you missed thenlive performance, here is a link to the FB video: 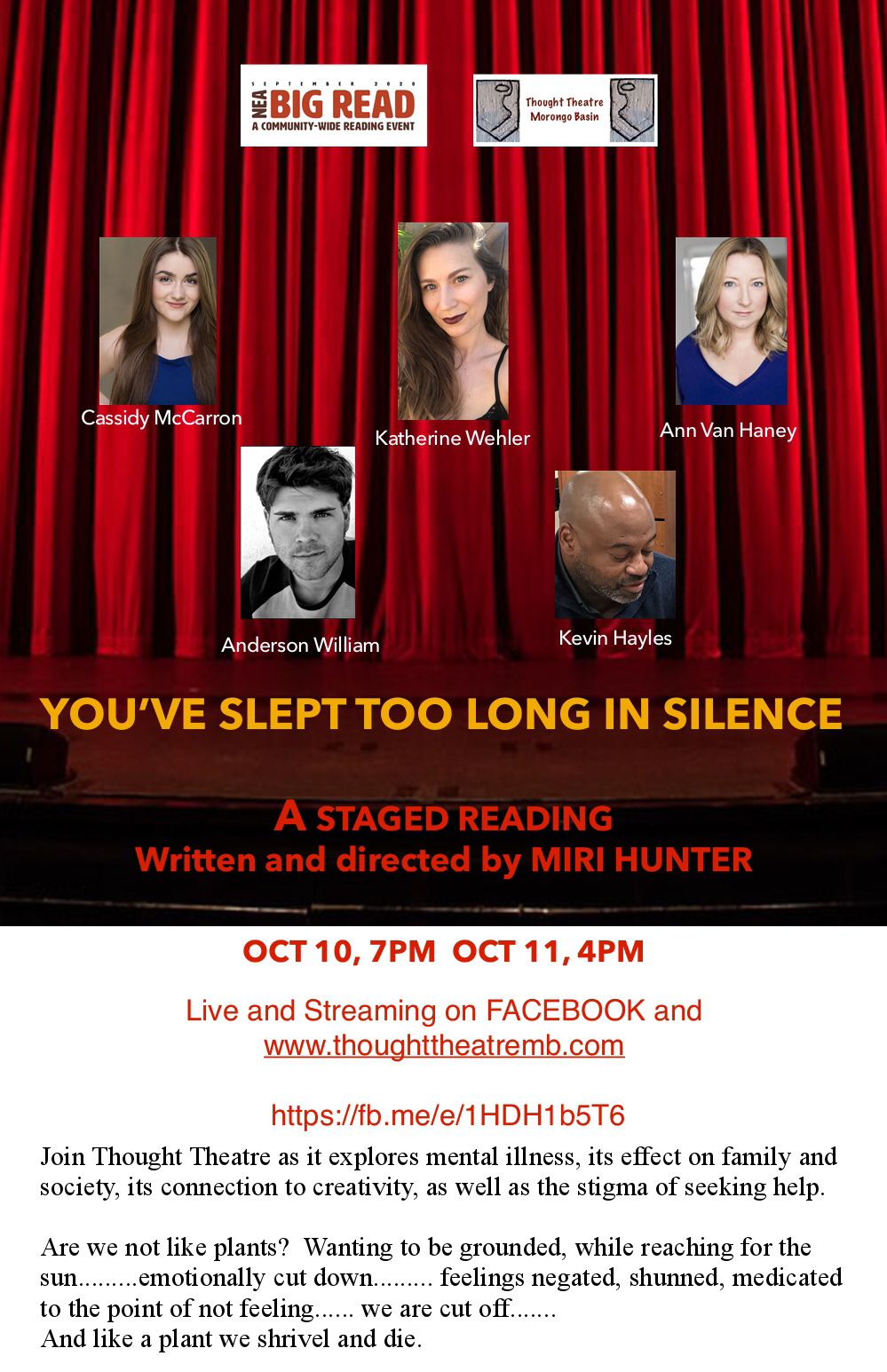